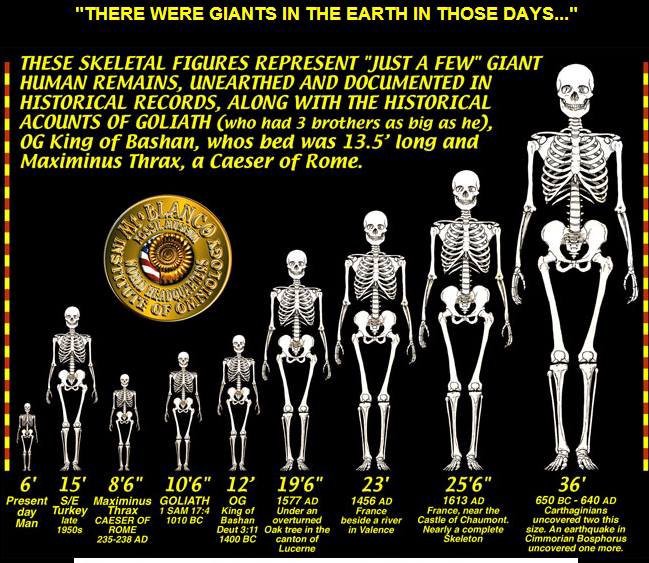 Who are the Giants of the Bible?

And it came to pass, when men began to multiply on the face of the earth, and daughters were born unto them, that the sons of God saw the daughters of men that they were fair; and they took them wives of all which they chose. And the Lord said, My spirit shall not always strive with man, for that he also is flesh: yet his days shall be an hundred and twenty years. There were giants in the earth in those days; and also after that, when the sons of God came in unto the daughters of men, and they bare children to them, the same became mighty men which were of old, men of renown. (Genesis 6:1-4)

A list of giants and giant clans in the Bible

Babel and the Ziggurat

The Rephaim tremble under the waters (Job 26:5)

Blessed is the man who makes the LORD his trust, who does not turn to demons (rehabim), to those who go astray after a lie. (Psalms 40:4)

Yeshua and the Demons

Many bulls have surrounded Me; Strong bulls of Bashan have encircled Me. They gape at Me with their mouths, Like a raging and roaring lion. (Psalm 22: 12-13)

For Christ also suffered once for sins, the just for the unjust, that He might bring us to God, being put to death in the flesh but made alive by the Spirit, by whom also He went and preached to the spirits in prison, who formerly were disobedient, when once the Divine longsuffering waited in the days of Noah, while the ark was being prepared, in which a few, that is, eight souls, were saved through water. (1 Peter 3 18-20)

As the End of the Age, approaches, the terribleness of the days of Noah will return. The difference this time around is that we can rest assured that our LORD and Saviour Jesus Christ has conquered these demons, is the ruler of the current world and the next, and has the Power to give all who believe in Him eternal life to the glory of our Father in heaven.

Therefore God also has highly exalted Him and given Him the name which is above every name, that at the name of Jesus every knee should bow, of those in heaven, and of those on earth, and of those under the earth, 11 and that every tongue should confess that Jesus Christ is Lord, to the glory of God the Father. (Philippians 2:9-10)